During the summer of 2012, Spaceheater Editions published three books not by me, plus another book that I produced with the collaboration of Mexican writer and media artist Leon de la Rosa. Leon did the writing for the book Ojalá and I made the images and did the book design. The main edition is in a bit of a limbo as we hope to produce the trade volume through the University of Arizona Press, but we need to raise funds for subvention and have not been successful thus far in that regard. We have produced a special limited edition until that happens.

The book is about the bloody drug wars that rage inside the Mexican borders, and what it is like to live in Ciudad Juárez, where Leon lives with his wife Gabriela and where both teach at the University in Juárez. The text is in Spanglish. I made the most of the photographs and added a few police photographs that were in the public domain. The word ojalá derived from the arabic inshallah, meaning "I wish it were so" and describes the wishful thinking that Mexico can someday return to the days before the brutality and violence of the narco-cartels.

Below are some images of the cover and some of the two-page spreads of Ojalá. 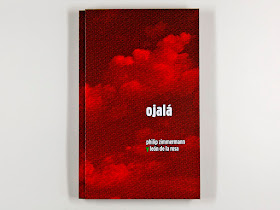 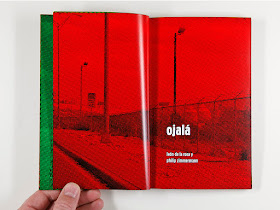 Title page shows the border fence along the Rio Grande in El Paso, which looks across to some of the Colonias. 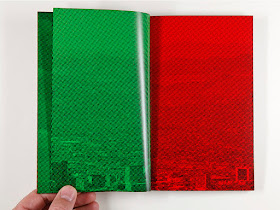 The view of Cuidad Juárez from the hills of El Paso. 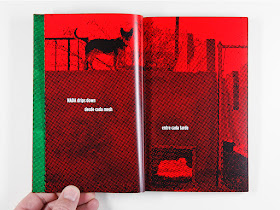 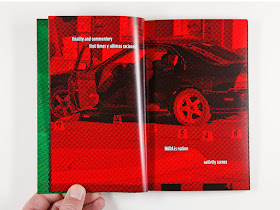 I have added large halftone dots to the photos to give the images the gritty feel that they have been torn out of the pages of newspapers. 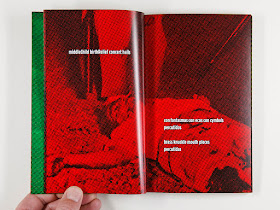 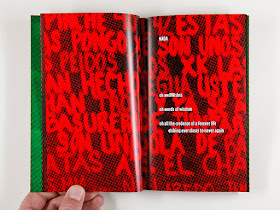 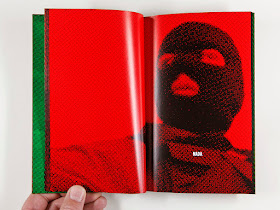 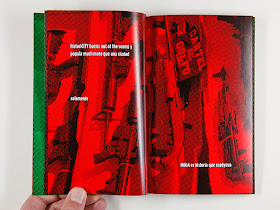 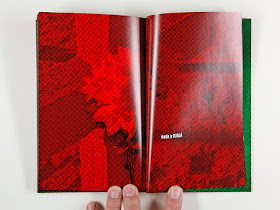 This shows the last page that contains text. 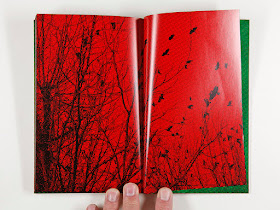 The last shot before the colophon is one of blackbirds in bare trees.

Leon de la Rosa and his wife are living in Tucson right now while he is working on a PhD in Art and Visual Culture Education. Gabriela is working on a postdoc also at the University of Arizona.
Philip Zimmermann at 3:15 PM
‹
›
Home
View web version